Today Division 5 began working with the WeDo Lego Kits to begin an Inquiry-Based Project that we will be working on this term.

Ms. Garcia, a curriculum coordinator at the district level came and spent the afternoon with us and together with the students in Division 5 and myself, we began working with the Lego kits, using these tools to help us understand our essential question, which is: 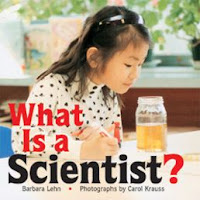 What do good scientists do?


We kicked off the lesson reading the book What is a Scientist? by Barbara Lehn.

Soon after, the students quickly got to work in partners building "dancing birds". They followed a step-by-step guide booklet.

The students were excited, yet very focussed.  In a matter of minutes, they had cooperatively built their ducks.  Students persevered through problems and sought out advice from other groups. 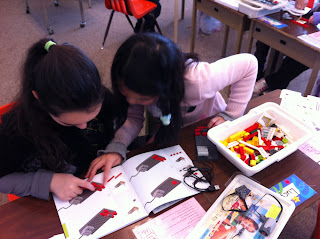 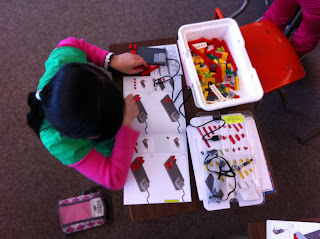 Once they finished building, they connected their lego dancing birds to the laptops and began using the WeDo Lego software to program the birds to move and chirp.

When asked what the most important thing they learned during the lesson, students replied:

"How to make lego move using computers!" and "I learned how to program the lego bird with programming blocks".

It was amazing to witness the student's discoveries.   One student discovered that when he placed a repeat programming block over top of a motor that way block, he could switch the direction of movement of the lego bird... something unknown even to us, his teachers.

What the students learned was that energy changes from electrical (the computer and motor) to mechanical (physical movement of the gears, pulleys and belts, and axles).

More importantly, they began to explore what makes a good scientist through engaging with the lego in scientific ways.   They demonstrated many important scientific skills that we will explore and discuss further into this unit.  Today they showed their ability to

I look forward to tomorrow when we will work on our Lego Reflection Logs!

Posted by Jennifer Barker at 22:02 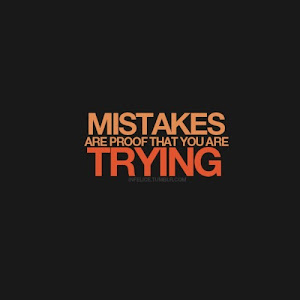